Shanghai-based Tesla rival NIO reported that it lost about $370 million (around $4 million a day) during the second quarter. That would bring accumulated losses at the company, which is backed by technology giant Tencent Holdings Ltd.

Since NIO hit a record $11.9 billion about a year ago, factors like cost overruns, weak sales, and major recalls have led its market value to drop about 75%.

Incidents like batteries catching fire or spewing smoke forced NIO to recall about 4,800 vehicles, which is more than 20% of all the cars it has ever sold. Moreover, NIO’s second-quarter deliveries dropped compared with the first quarter.

Now, it is challenging for NIO to build next strategy to battle the losses.

Another growing challenge for NIO is Elon Musk-led Tesla, which plans to start production in China this year. It will help Tesla to cut prices of its vehicles sold in China.

Additionally, the company’s fallback shows that there is a serious impact of government’s decision to scale back subsidies.

Currently, in China total electric-vehicle sales equals to half of the world’s electric cars. China has gradually scaled back subsidies for new-energy vehicles.

Consequently, China’s electric vehicle sales fell for the first time in July. Later on, deliveries dropped again in August. Till date, China’s auto market has fallen 14 of the last 15 months and affected growing startups like NIO.

NIO May Seek to Raise Funds while Reducing Workforce

At NIO, pressure is building for the company to raise more funds to compensate losses. In addition, the carmaker is seeking to reduce its workforce by 14% to 7,500 (from the 10,000 employees) by the end of the month.

Google Enters into A Definitive Agreement to Acquire Elastifile 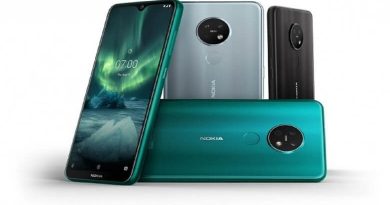 Nokia 7.2 Launched In India: Key Features, Price and Everything You Need To Know